Well I certainly feel like I've gotten a crash course in wild yeast production.  It is amazingly easy and also challenging.  Here are my results.

The rye starter went well.  For those who read the original post, the flour/potato water combo seemed quite dry so I did end up adding more water.  Each day for three days I threw out half the mixture and added new flour and new water (just plain tap water).  On the fourth day I transferred the rye mixture to a clean jar and continued feeding it daily with new flour and water.  Mmmm, bubbly... 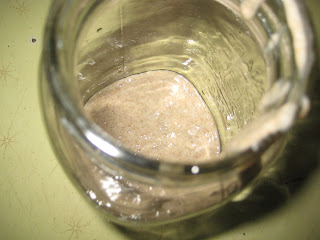 The grape starter was a different story entirely.  After three days, the grapes were a moldy, moldy mess as pictured below.  I was on some wild yeast sites and there were varying opinions of the mold situation.  Some mentioned that a healthy yeast culture should keep mold away, some thought it should be thrown out, some thought grape starter was ridiculous because the yeast on the grapes was a different type of yeast than that used in bread making, and some said not to worry.  Not one to worry overly much about food, I soldiered on and poured the juice off the grapes, trying my best not to disturb my plentiful mold colony.  I even mixed in some flour and extra water and watched (and smelled) as it bubbled away for a day or so.  Then I threw it out.  I kept imagining newspaper headlines detailing my untimely death from my wild yeast experiment.  I need a bit more time on this earth thank you very much! 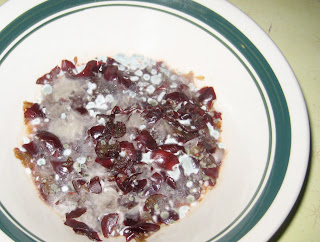 Finally, the honey starter.  I stirred the honey starter dutifully every day for five days before moving it to a jar and starting the feeding cycle.  It smelled nice and sour.  Doesn't the picture below look delicious??? 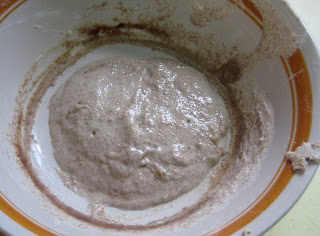 Here are my two jars of wild yeast starter.  I am continuing the feeding cycle (once a day) and will put them in the fridge after a couple weeks so the flavours get a chance to mature. 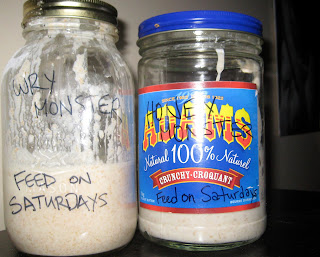 A few notes on the process: