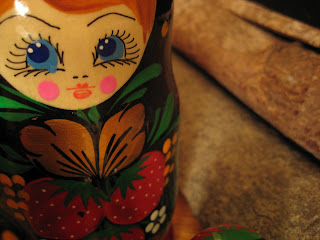 "What would he not do for her, the daughter of the spice-seller; she who smelt of cloves and cinnamon, whose laughter had the timbre of ankle-bells, whose eyebrows were like black wisps of the night and whose hair was the night itself?  For her he would cross the salt desert!"

My new obsession - giant cinnamon sticks!  I had an errand to run in Chinatown a few days ago and instead of walking straight home I decided to meander through the streets.  It was quite a systematic meander because I was looking for glass jars for my hot sauce.  Up and down each street, looking in every kitchen shop I could find.  As I passed one of the many apothecary shops, baskets of dried mushrooms and scallops and almonds spilling out onto the sidewalk, I saw what looked like giant cinnamon sticks.  I couldn't help but peer closer, sniffing the giant roll of bark to see if my eyes were correct.  With all the competing scents I couldn't make out much and yelled into the shop for help.  They told me that indeed it was cinnamon and I knew I had to have it. 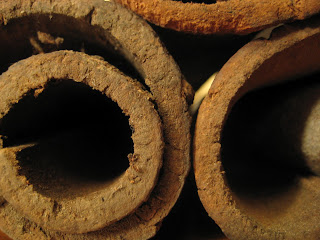 My giant cinnamon sticks are so thick that I can just wrap my hand around the middle, and they are several feet long.  Once I got them home I was able to make out the most delicious, deep cinnamon scent, much darker than a jar of cinnamon powder.  I am completely in love and went back to pick up several more a few days later.

What will I use these giant cinnamon sticks/logs for?  I'm not entirely sure.

Here are a few thoughts: 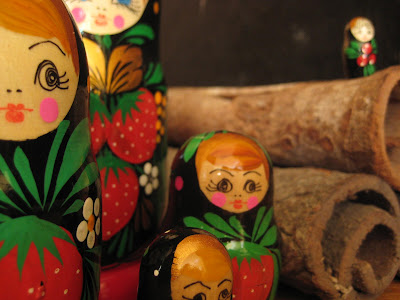 What would you do with several giant pieces of cinnamon?

Shonagh explores the guts of food in An Offal Experiment
Posted by Unknown at 5:19 PM