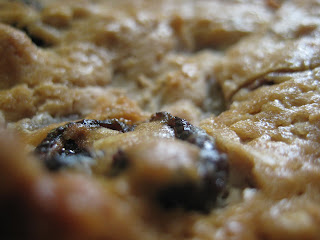 It is now time to tackle the fruitcake itself.  If you decided to skimp out and purchase pre-dried fruit, I want to encourage you to do a wee re-think.  Store bought dried fruit might work but it lacks the spirit of the fruitcake.  As you bite into your decadent cake in December you want to maximize the power of recollection and labour does this.  You get to picture each fruit, painstakingly dried and pitted and chopped.  Just sayin'.

The recipe I am using is a blend of several recipes.  Originally I was going to use a gluten-free recipe (that is where the ginger inspiration came from) because my mom doesn't eat gluten.  However, she really hates fruitcake and the probability of changing her mind is low so I decided to go with wheat flour. 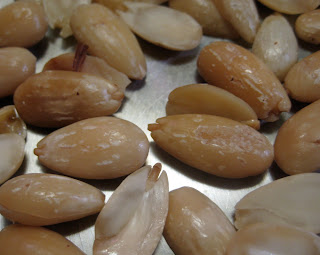 Directions (pre-heat the oven to 325 F and prepare a pan of suitable size with buttered parchment paper, I used an 8-inch spring form pan)

1) At least an hour before you plan to start making the cake, put the dried fruit in a bowl with the two shot glasses of cognac so they can soak in all that boozy goodness. 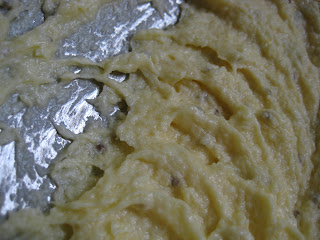 2) Like most cake recipes, the first step is to cream the butter with the sugar.  I made my own anise sugar when I was playing around with my pie recipe so it had been sitting, infusing for about a month.  If I do say so myself, it was a stroke of genius to use it.  Beat the butter and sugar together until they are light and fluffy.  This step builds the foundation of your cake.

4) Now the recipe I was working from called for the folding in of the liquids and the fruits including the lemon zest.  I did this and it gave me a moment of pause and worry.  Because I am folding by hand rather than beating by machine, the creamed mixture doesn't mix well with the fruit and liquids.  You will finish this step with what looks like wet creamed butter.  Have no fear, keep moving forward, all is not lost. 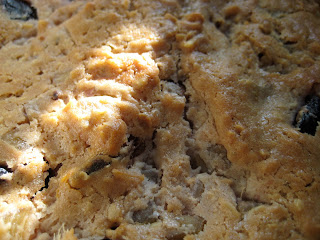 5) The next step is to sift or whisk your dry ingredients together and then fold them into your wet creamed butter.  This is where it all comes together beautifully and you arrive at a dense batter.  Spoon this batter into your prepared pan and pop it into the oven for an hour.  Once this hour is over reduce the heat to 300 and leave for another hour to hour and a half.  Mine was ready after two and a quarter hours in total.  Poke your cake with a skewer to check for doneness. The skewer shouldn't have wet batter on it.

6) Let your cake cool to room temperature then savagely attack it with your skewer poking it full of holes.  This is to allow booze/syrup entry.  Now you must soak and wrap your fruitcake so it ages properly. 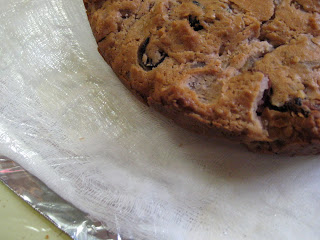 Start by laying down aluminum foil, two layers perpendicular to each other.  Then lay down two layers of saran wrap, again perpendicular to each other.  Then lay down a large piece of cheese cloth that has been soaked in two shots of ginger syrup and spiced vodka (see note below).  Place the fruit cake on top and drizzle another shot of ginger syrup and spiced vodka on top making sure to spread the booziness all over the whole cake.  Wrap the cheesecloth firmly around the cake, wrap the saran wrap and then finally the tin foil.  You will have to flip the cake onto another piece of tin foil to wrap it completely.  You want the cake secure and as airtight as possible.

7) Now find an appropriate spot.  I chose my storage closest again because it is cool and dark.  Thank goodness I have a new key, let's hope that I can hold onto that for the duration of the fruitcake feeding process.

What a cake!  Look for future posts to learn more about the aging process. 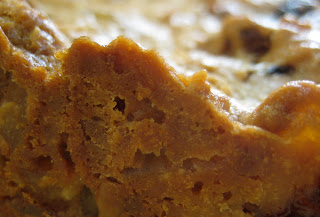 Shonagh explores the guts of food in An Offal Experiment.
Posted by Unknown at 7:14 AM