2nd Place in the Pie Competition 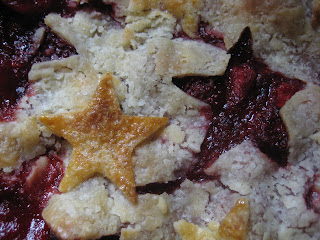 Not half bad for my first time!

To keep it interesting I infused a homemade strawberry jelly with star anise, rosewater, and lemon peel before adding the fresh strawberries.  This added a depth to the pie without taking away from the strawberriness.  I also dusted the top crust with aniseseed sugar to echo the star anise in the filling.

I'm not entirely sure how it tasted because I've never made this exact pie before and I couldn't stay for the tasting.  I had class.  The contest was a berry pie contest through the farmer's market.  I'll post a link to the recipe - they'll be featuring it on the website. 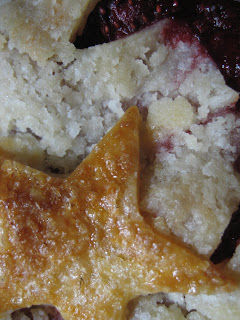 Reflecting on my first-ever pie competition, I learned lots:
Besides mulling over pie competitions, I also began to wonder when people started making pies.  It turns out that pies have been around since the Neolithic Stone Age or 9500 years before the common era making them more than 12500 years old.  Clearly pies have aged well.  Ancient Egyptians started making pie to preserve food.  The earliest Egyptian pies wrapped honey in ancient forms of pastry, yummy.  Doesn't food preservation seem to be a common reason for the development of new food technology?  Food preservation or decadence.

From there, pie kept developing and transforming as new cultures put their own stamp on it.  My ancestors from Great Britain loved their meat pies with the cornish pasty being a well-known meat-filled treat.  When the pie crossed the Atlantic Ocean First Nations people showed settlers berries, and fruit pie became a popular and delicious North American staple.

Now that I have one competition under my belt, I am raring to enter another pie competition!  I have found BBQ-on-the-Bypass, which is a BBQ cook-off as well as a pie competition.  Plans are underway to enter pies in at least two of the categories so check back in September to see how I do. 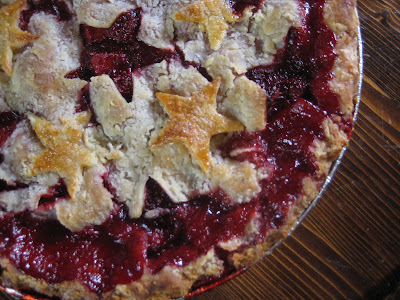 Shonagh explores the guts of food in An Offal Experiment
Posted by Unknown at 10:03 PM